Down to the Jubilee

Escalator leading down towards the Jubilee line at the London Bridge tube station, London.

This was after I met RD and and was going to the Foyles bookshop at Tottenham Court Road with my very good friend Guru who I met after quite some time (relative to how often we used to meet) on Saturday.

I have to respond to comments, will do soon ! Have a great week! 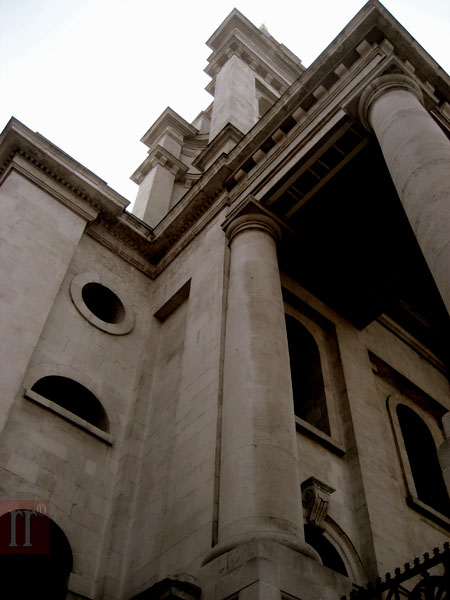 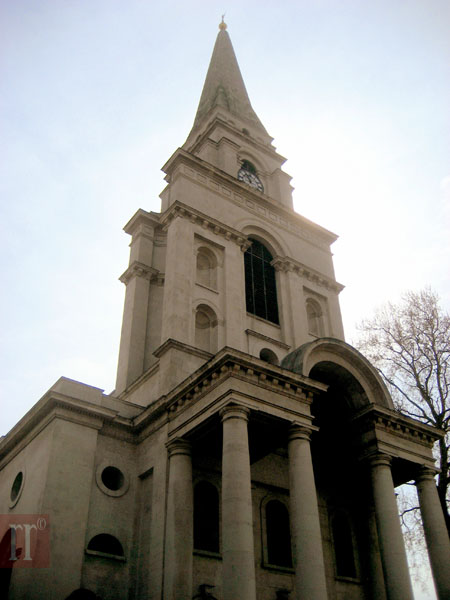 Christchurch in Commercial Street, Shoreditch. One of my favourite structures in London, not for it’s architectural grandeur – surely London boasts of structures more gargantuan in their architectural dexterity, but this somehow makes me feel like home. I used to work ten to fifteen minutes away from this close to Liverpool street and I used to see this almost everyday.

Close to this is Brick lane, one of east London’s many homes of art. Brick lane is also considered by some to be the best place in Europe to have hot Asian cuisine!

Right opposite this is old Spitalfields market where many items new and old can be bought from the various stalls!

For it’s positioning and for the many times my office mates and I have walked to Brick lane, bought some hot rice and curry and sat in the church yard eating and for many other reasons, this will be one of my favourite structures in London.

One very chilly morning in Lindisfarne.

The Cat on Vodka!

Imagine a cat on Vodka! I would surely buy a cat that drinks! As promised here, here are the photographs of a cat on Vodka! Well, not really a cat, but a caterpillar – and that too the mechanical kind, not on Vodka either! But you’ll get the picture. These are the kind of cats, which I believe would be more in the type of what us boys would like. 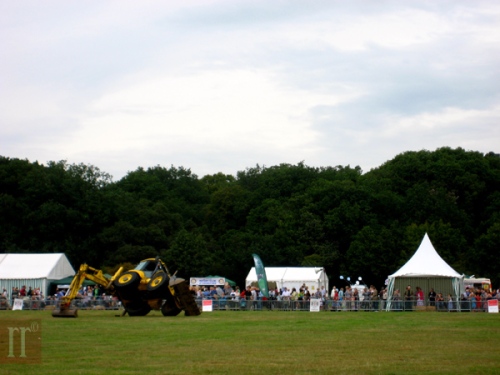 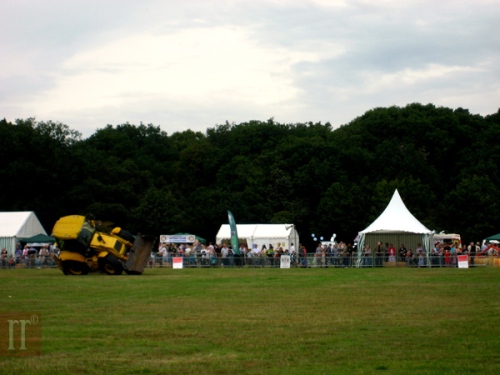 And my personal favourite. 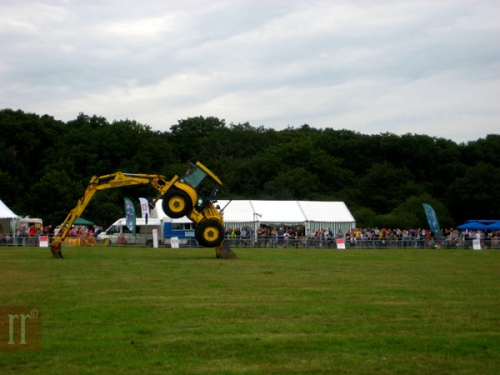 Father and child at Eid

Yesterday was Eid. Prayers started at 7.30 am. I walked to the nearby football club grounds where the prayers were being held.

Eid begins with a meal in the morning, just to signify that Ramadan is over and one isn’t fasting anymore. Then you have the Eid prayers and then the celebrations begin.

I was seated behind this father and son. The son was quite playful and his father was very obliging. I couldn’t get a proper photograph discretely without being noticed, and the blue bag was a bit of a nuisance, but moving it can not only expose me as a secret photographer but I will also be suspected of mischief.

After prayers and when everything was done I went up to the duo and asked for a photo to be taken, the boy was very shy. This is all I managed.

Hope you had a great Eid! Eid Mubarak!

Inspite of all, here’s why Sri Lankans are a happy bunch!

Inspite of all this, here’s why Sri Lankans are still a happy lot!
Sri Lankans are very very special, ironic it may be to say. But here’s why.
Given the political development yesterday where the 18th amendment to the constitution was implemented which effectively stifles democracy in Sri lanka unless something drastic takes place – the title of this blog post may be a bit of a paradox.

Enough has been said about the banes of the 18th amendment to the constitution, and it will serve no purpose for me to dwell on that any further, even though I must admit I found everything to do with the recent political developments in Sri Lanka extremely nauseating and very cringe worthy! Rather, this blog post is to speak about something diametrically different.

The Charities Aid Foundation published the World Giving Index yesterday. Here are the results, the higher ranked you are the more charitable you were found to be.

The full report which is worth a download can be taken from here.

“Researchers compared the strength of the relationship between giving with a nation’s GDP and the happiness of its population. They found the link between well-being and giving was stronger than the link between wealth and giving (a correlation of 0.69 compared with a correlation of 0.58).
It means happy people give generously. Australia and New Zealand topped the index in the study, which CAF said was the largest of its kind.A CAF spokesman said: ‘It is clear that happiness plays an important role in whether people give.’” (link)

Seeing this gave me a good amount of joy to quell my disgust somewhat. Inspite of all the difficulties Sri Lankans have(mostly rural ), largely thanks to politicians on either side of the divide blatantly raping and bastardizing the country and her resources to foster their own fortunes, we still are a charitable and happy lot.

Sri Lankans are inherently nice people, most Europeans I speak to would testify to this, as I have also mentioned here.

Mind you, in that index Sri Lanka is the only third world country to be featured in the top ten, and Sri Lanka is surrounded by some of the richest European countries and Australia, New Zealand and the US. See, all these countries have citizens who are relatively comfortable in their lives even if they aren’t sometimes as rich as perceived. Most of these countries if not all, have very strong welfare systems that look after their citizens. If you’re unemployed you may get a loan, a stipend, a dole or any other form of financial support. So basically, they will never die of hunger or poverty like in some third world countries including those of Africa. And better still, their poverty levels never go beneath a certain standard, because their welfare system looks after them – a very reliable safety net if you like.

So these people can afford to give charity, it’s not going to hit their pocket as strongly as it would hit someone in a third world country. I am not dismissing their very noble charitable nature, just giving some perspective.

Sri Lanka doesn’t have a powerful welfare system. Her people live in misery whilst their politicians make merry. There is no minimum wage, other perks or generous welfare and benefit schemes which insulate Sri Lankans from economic difficulty. True, Sri Lankans are better off than most third world countries, given that despite all the hardships we have no one actually dying of poverty – possibly due to our own non-governmental human benefit and charity system where one feels accountable to the others wellbeing.

Inspite of all these, why oh why do we still manage a smile and are ever so charitable and hospitable? I can’t find any other reason other than the fact that Sri Lankans are an inherently nice bunch, fostered by a lot of things that are uniquely Sri Lankan.

But I have a worry; The Sri Lankan political system is extremely corrupt at the upper levels. Sri Lanka’s infamous neighbour too has a very corrupt political structure at the grassroots and a few rungs above – but relatively much more stable at the top, so I am told.

And what’s at the top usually permeates to the bottom.

The Sri Lankan to me is extremely sacrosanct, I sincerely hope and pray that it always stays that way and that the oxymoron’s in the you know what by the you know which lake have their conscience pricked and get their act together, so that I for one amongst other things will always be proud to call myself a Sri Lankan irrespective of whom I am standing in front of.

On a personal note, I find immense joy in the fact that the two places I call home, Sri Lanka and Britain are on the same footing when it comes to generosity – another reason why I love the people of both these countries.

The lizard with no legs. 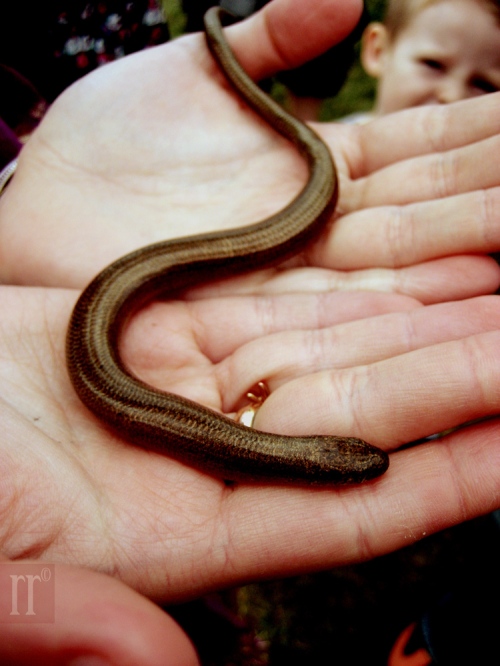 I went to the Epping festival at Epping Forest today with some good friends from work.

Epping Forest is a five thousand acre forest in greater London. In addition to many other things, the forest boasts of a five hundred year old hunter’s lodge, built in 1543 which was used by Queen Elizabeth I when she went to the forest to hunt stags. I worked on a conservation project in the forest and drew up some of the drawings and elevations. Inspite of doing some work on it I had never been to site, it was nice to see drawings which I played a certain part in come to life on site.

There were many events on display today as is mentioned in this page here. I have many photographs which I will upload later, where I have photos which reflect the behaviour of a caterpillar on vodka and photos of horses on a chariot race.

In the meantime enjoy this photograph.

Contrary to initial perception this is not a snake in my friends hand, rather it is what’s called a ‘slow worm’ (Anguis fragilis). According to the guy at the stall, it is a kind of lizard with no legs. Also in the picture is a child ready to excrete in his pants at the site of the lizard and what we were doing.

Have a great week all!

Navigating on Balance
Create a free website or blog at WordPress.com.