Interesting arguments on the New Statesman here by Mehdi Hasan.

2) Why did the “French internal security services” commission a study on the burqa/niqab? Is it now deemed to be a national security risk? Do French intelligence agencies have nothing better to do with their time? No other threats to deal with, apart from 2,000 Muslim women with covered faces?

Then there is the matter of the clothing itself and distinguishing between the various types. I’m no fan of the burqa or the niqab myself, and have yet to be convinced of the Islamic legal reasoning behind either garment, but I do recognise the difference between the burqa and the niqab, on the one hand, and the hijab on the other.

First of all, apologies for being so reticent in this blog. Have been held up with a lot of things. Now that summer is approaching and due to the super weather we have been having in otherwise wet England, I did manage to go out a bit and take some photographs.

My regular followers may have seen my other photos of the London Underground. Here are two of my favourite photographs. 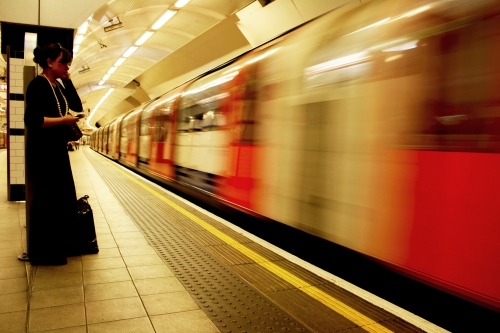 A woman watches as the train leaves the platform.

A train departs as the other stays on the platform.

In other news, I am now on Tumblr. Follow me here.

The Big Ben and the birds disturbed

Taken on a warm spring day in London.

Should Rebecca Black be burnt on the stake? 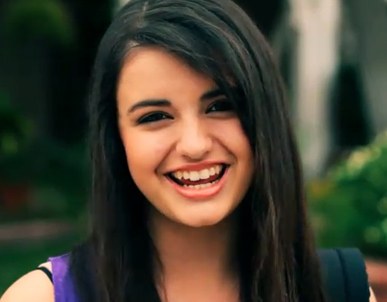 “Not so long ago, if you wanted to issue a 13-year-old girl with a blood-curdling death threat, you had to scrawl it on a sheet of paper, wrap it round a brick, hurl it through her bedroom window, and scarper before her dad ran out of the front door to beat you insensible with a dustbuster. Now, thanks to Twitter, hundreds of thousands of people can simultaneously surround her online screaming abuse until she bursts into tears. Hooray for civilisation.”

That’s how Charlie Brooker, one of my favourite columnists of The Guardian put it about the absolutely disgraceful vilification campaign against a thirteen year old American girl on almost every internet and print circle, Rebecca Black.

Rebecca Black sings a song called ‘Friday’ which was released on YouTube and iTunes. At the time of writing, the song has been viewed in excess of a staggering 66 million times! No mean feat for a thirteen year old girl.

This column is not about promoting Western music and I have no intention to do so. The song has very innocent lyrics and watching it on YouTube may help the reader to better understand this article, the reader is at absolute liberty to not want to watch it.

I have watched it on YouTube and I must admit I found the lyrics, the melody, the acting and everything about the whole video to be nauseatingly childish and immature. But that’s just me, clearly the song wasn’t made to suit persons like me and I am certain there will be a lot of others out there who may actually like it. Nonetheless, there has to be an explanation as to why it has become such a popular hit.

According to Charlie – Here’s how it may have happened.

That’s in effect what happened the other week in the Rebecca Black “Friday” affair. In case you’re not aware of it, the trail of events runs as follows: 1) Parents of 13-year-old Rebecca pay $2,000 for her to record a song (and video) called Friday with a company called ARK Music Factory, a kind of vanity-publishing record label specialising in creepy tweenie pop songs. 2) The song turns out to be excruciatingly vapid, albeit weirdly catchy. 3) It quickly racks up 40m views on YouTube, mainly from people marvelling at its compelling awfulness. 4) Rebecca is targeted on Twitter by thousands of abusive idiots calling her a “bitch” and a “whore” and urging her to commit suicide. 5) She gets very, very upset. 6) Thanks to all the attention, the single becomes a hit. 7)Rebecca becomes an overnight celebrity, goes on The Tonight Show, and donates the proceeds from Friday to the Japan relief effort. So the story had a happy ending, at least for now. But it marks a watershed moment in the history of online discourse: the point where the wave of bile and snark finally broke and rolled back.

So that ended well, what if it didn’t?

It is more so dangerous in such a connected world as ours where malice can spread with the click of a button and could go on to maim or worse destroy someone psychologically and even render them handicapped.

The problem one may be inclined to think in this case is that those who levelled insults against this girl didn’t necessarily dislike the music, but it was an attack stemming purely from insecurity which in turn stems from a paranoia deep within that their own weakness of not having enough strengths to channel their talents to exhibit in something may be noticed by the larger society around them.

This debacle concerning Rebecca Black and her song, Friday – is somehow something that would bother only those here in the West or only a handful in urban Sri Lankan society. However what I wish to highlight is the intrinsic and inherent albeit controllable issues within our own societies in Sri Lanka. There are many a talented children and youth in Sri Lanka whose talents are not harnessed or worse, scorned upon in abject selfishness, perhaps because someone close to the critic wasn’t the person exhibiting the particular talent that is in question.

Talent takes many forms in society; it may be in the sciences, the arts or in sports. Society tends to give more priority to certain forms of talents, not necessarily because there is a dearth in that particular talent but due to the supposed prestige attached to it. This is more intrinsic to the South Asian societies where Doctors and Engineers and those of similar ilk are preferred to Journalists or Photographers forgetting that whatever talent we have should be used to invest in our life in Aakhira and not for this world.

I am unable to give due credence to the veracity of this, but a prominent Islamic scholar and activist is said to have proclaimed something similar to – “I’d rather be a street sweeper in an Islamic society where I can work my way towards a better life in Aakhira than living in a corrupt un-Islamic society”.

Be a critic of talent if that will harness the talent and not harm it, be vociferously against the use of talents if the said talent is used for purposes that don’t serve an Islamic purpose be it an immediate purpose or a greater purpose, there is no talent that can not be used in an Islamic sense – it is absolutely pivotal that where you see talent you should harness it at best or stay silent about it at worst.